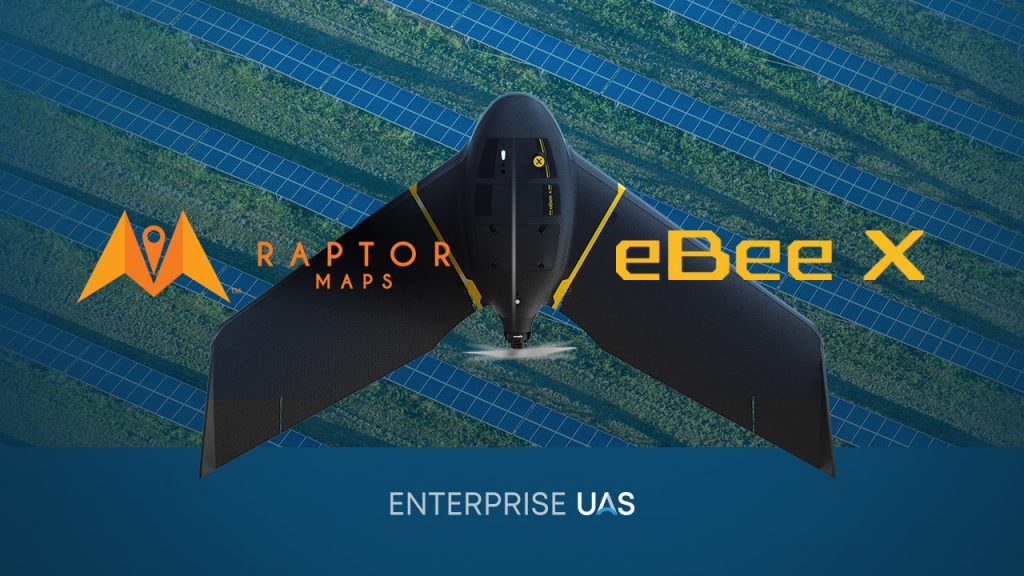 Large scale solar panel inspections are a challenge for a variety of reasons.  From the number of panels in operation to the different anomalies affecting different parts of the modules or strings analyzing thousands of modules can be a daunting task. This is where one software company called Raptor Maps comes in. Raptor Maps uses machine learning to analyze the thousands of thermal and RGB images taken from the solar panel inspection to produce a report that identifies anomalies.

About the UAS (drone): For gathering large amounts of aerial data the senseFly eBee X is the ideal UAS for the job. In the standard battery configuration, the eBee X is capable of 59 minutes of continuous flight, but with the optional add-on of the endurance extension, one can attain a maximum flight time of 90 min. With this capability, the eBee X can achieve vast coverage of up to 500 ha (1,235 ac) at an altitude of 120m (400 ft).

The eBee X comes with eMotion, a flight planning software program that is user-friendly yet powerful, allowing you to select flight paths, assistance features and other mission planning tools for every application. The eBee X is an autonomous flight UAS meaning there is no remote controller. Prior to the flight, the user plans the route on the computer then launches the drone, which will then begin its flight path. Once done it will land where specified on the eMotion software before the flight. After the data has been gathered, remove the SD card from the camera payload and upload the images into Raptor Maps.

About the Camera Payload: The senseFly Duet T is a unique dual-camera thermal mapping setup. The camera includes a high-resolution thermal infrared (640 x 512 pixel) and a senseFly S.O.D.A. RGB camera. Having both an infrared and visible light camera is necessary for solar panel inspection. The images below demonstrate how necessary it is to have both a thermal and RGB image. For the image with vegetation, if a thermal image was only used it would show that 3 modules were out but after seeing the RGB image you can see that vegetation is just blocking the module.

What can the thermal camera see? The thermal camera identifies temperature differences in the solar modules. If a cell on a module is not working properly the cell will be a different shade on the thermal image compared to the surrounding solar cells. The images above demonstrate some of the different anomalies that can occur. From single cells to entire strings of modules, having an aerial overview allows solar field inspections to be much more efficient.

What can the RGB camera see? The standard visible light camera identifies irregularities on the panels such as cracks or other objects impacting solar output such as overgrown vegetation, cracks in the modules or bird droppings. 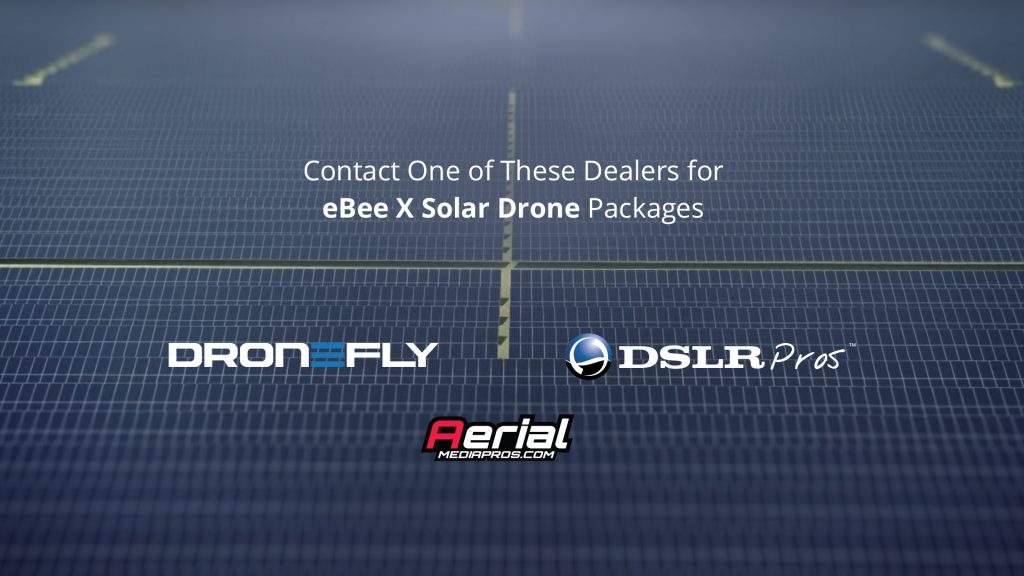